Well I have been doing this for almost a year now and I learn something new each challenge. This time I learned to pay better attention to the directions and I also need to get a better pouring pot since in each attempt, I got a significant amount of soap batter on the table. I usually use funnel pitchers for wall pours but mine are all too small to contain all of the batter at once. I made a total of 4 batches of soap for this challenge, the first two I added the soap to the batter bowl on the back side instead of the front side which resulted in great feathering but the layers were lost. The third batch I made correctly and the fourth batch I tried all natural. On the all natural batch I wanted to see if I could get different colors without adding any colors. I used red palm oil, white palm oil, goat's milk soap and water based soap hoping that if I gelled it, the goat's milk would brown and give a different color. The problem was that i spilled a ton of soap when I first started pouring and had to scrape it up and plop it back into the mold. I like the result but it didn't work for the challenge. Here are some pictures of my soaps:

First batch - poured in pot backwards, no layers but I love the result anyway. 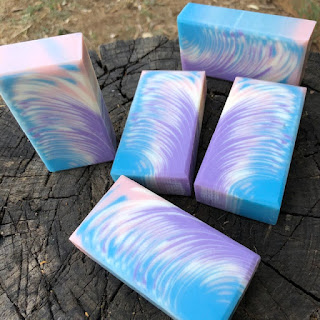 For my second batch, I made the same error as my first batch plus, I chose a really strange color combination. It kind of reminds me of crayon scribbles. Kind of interesting in an ugly sort of way. 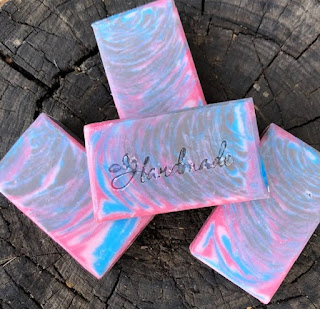 My third batch I did correctly and it came out alright. 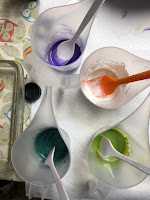 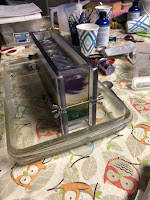 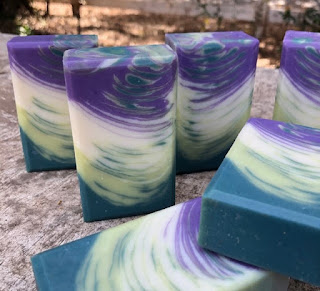 My fourth batch turn out to be just a regular sloppy in the pot swirl but I really like its rustic look. I don't plan to trim or plane it.  I scented it with pepermint so it smells sooo good. It will probably be my favorite soap to actually use. I was hoping the goats milk portions would get browner which would have looked nice with the color of the red palm oil but its ok the way it is. 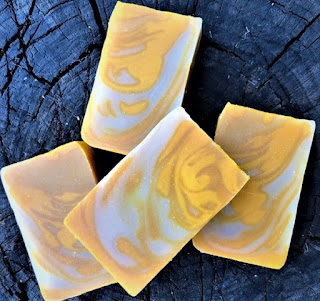 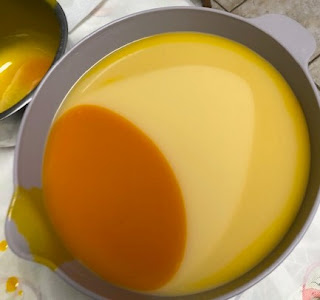 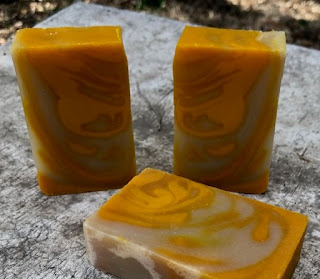 I'm really having a tough time deciding which one to enter. I think th first one is the most interesting but the third one is more correct. I will decide in the morning.